Key Endorsements From All 4 Corners of Colorado

"Vera has done an outstanding job representing the needs and concerns of our state in her leadership role with Republican National Committee," said Senator Gardner. "I fully endorse Vera continuing to represent Coloradans as RNC Committeewoman for Colorado and continuing to fight for the conservative ideals we all hold." 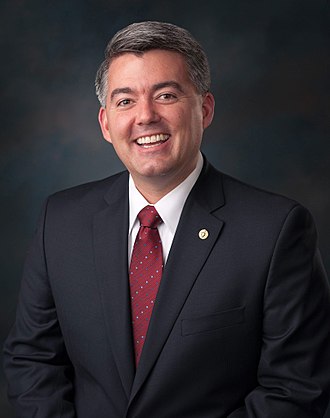 When I first ran for National Committeewoman I promised that if elected, I would write a report after each meeting. I recognized communicating what the Republican National Committee (RNC) and your committee-people were doing for you was not only necessary but never done before. This is why I have yet to miss a meeting, and have sent a thorough report out to you after each one (See, reports here). Promises made; promises kept. And, I reaffirm that commitment to you today.

As such, I ask for your vote as your National Committeewoman! If you want to learn more about who I am, please visit www.VeraRNC.com.

I also want to highlight some of my key accomplishments achieved in the last 4 years as your National Committeewoman:

I am always ready, willing, and excited to represent Colorado, the United States, the Constitution, our flag, and the conservative values that are so special to our country.

Yet again, I ask for your vote so I can continue representing you and Colorado at the RNC.

In order for someone to get officially nominated for the Republican National Committeewoman position and placed on the ballot, there are procedures that must occur. Namely, someone must make the motion to nominate, which must then be seconded by another.

I am happy to inform you these steps have been accomplished and I am now officially nominated for your consideration to continue representing you in front of the Republican National Committee (RNC) as your National Committeewoman. As such, I respectfully ask for your vote.

Here was the process for me, and the very thoughtful comments from some of our great leaders in our state.

To the Delegates of the 2020 Colorado Republican Assembly & Convention;

Most of you know Vera Ortegon as our wonderful National Committeewoman through her consistent informative reports after each RNC meeting. I am fortunate to know her in a little different way. Vera lives in Pueblo and she works tirelessly, side by side with our volunteers. She makes phone calls, participates in our events, and is always among the first to ask “how can I help”. She is the kind of leader who rolls up her sleeves and gets to work. She leads by example.

Vera is a Colombian-born proud US citizen, a microbiologist, a small business owner, a former city councilwoman, and was selected as Mike Kopp’s running mate and candidate for Lieutenant Governor.  She is a rock solid Republican and a proud Trump supporter.

Vera Ortegon has done an outstanding job as our National Committeewoman. She serves us well and her experience gives Colorado a strong voice and a powerful seat at the table.

It is my honor to nominate Vera Ortegon for National Committeewoman.

2nd made by Wayne Williams, Colorado’s 38th Secretary of State

Holly and I have worked with Vera Ortegon to elect Republicans since the 1990s. Vera is dedicated to our cause and has served us well as our National Committeewoman.

I am honored to second the nomination of Vera Ortegon for National Committeewoman.

2nd made by Brenda Bright,

To whom it may concern:

of her word. When she promised to keep us informed as to what goes on at the meetings she

takes to keep it both strong and viable. She embodies the ‘what can I do, how can I help’

philosophy that identifies a strong leader. Although she respects the traditions of the past, she

among diverse groups, and being a facilitator for change while keeping true to the traditions of

the past makes Vera the candidate of choice for Colorado’s National Committee Woman.

National Committee Woman during the coming term. To that end, I would like to second the

nomination of Vera Ortegon as a candidate for Colorado’s National Committee Woman.

Happy New Year! It is the time for new resolutions, new dreams, new hopes, and new announcements! And in that spirit, I am announcing my intent to run a re-election campaign to be your National Committeewoman to the Republican National Committee (RNC) for another four years.

Four years ago, I made you a promise to create and distribute a report after each RNC meeting, with the intention to keep you -my constituents- informed regarding what the “Board of the Republican Party” was doing at the national level. And I did. Please visit VeraRNC.com to see these reports and get informed on what our party is doing for you.

Four years ago, I made you another promise to represent you -Colorado Republicans- in front of the RNC and to be an advocate for your ideas and concerns in Washington, D.C. And I did. I attended every RNC meeting since my election. Yet more importantly, I did so fully briefed and informed on the key issues from our great state, and was not afraid to use my voice at these meetings. In fact, due to my active engagement with the RNC, I was appointed by our Chairwoman Ronna McDaniel to the powerful Committee on Arrangements; which is tasked with hosting the 2020 Presidential National Convention.

In the four years since you voted me into this prestigious position, I worked hard to fight for my Colorado Republican family, and if given the opportunity, I will continue to work hard for you and continue to keep the promises I make to you.

We will be voting for this position at the State Assembly on April 18, 2020, and I hope I can earn your vote, again.

It truly has been an honor to represent you in front of the RNC, and I will be reaching out to you to hear your ideas.